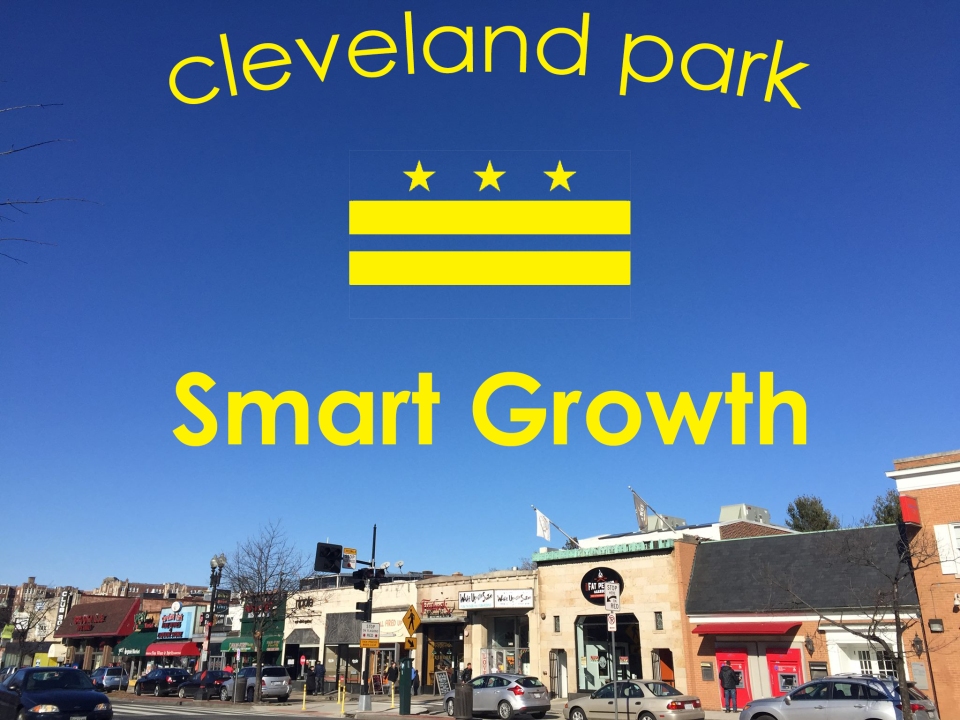 In an effort to transform CP Smart Growth from a Facebook Group and email list into an organized voice for smart growth and urbanist issues, the following residents answered the call to stand for the first CP Smart Growth Steering Committee.  The call announced on July 23 solicited unlimited nominees followed by a vote.  Nominations closed today  with eight nominees!

Eight is pretty close to seven (our initial target), and since this is the first time doing this, our inaugural Steering Committee will have eight members.  Thank you all for volunteering!

While we don’t need a vote since we will seat all nominees, it would be great to show your support by voting and let Cleveland Park know that urbanists here now have a voice.  If you are a member of our email list or Facebook Group, you can vote by sending an email to CPSmartGrowth@gmail.com indicating “Approve Slate.”  Send your vote of support by August 12th.

Here are your nominees and soon to be Steering Committee, in alphabetical order:

About your Steering Committee members:

Liza Collery – As a fairly new resident of Cleveland Park, I’ve been delighted with many features of the neighborhood, including the beautiful homes, leafy streets, and proximity to metro.  But, like many others, I am concerned about the future of the Connecticut Avenue business district and would like to promote solutions that modernize the street, make it pedestrian friendly, and attract new residents to Cleveland Park. As a longtime bike commuter, I am also interested in seeing that Cleveland Park cyclists have safe routes downtown and elsewhere in the city. I support  policy decisions that make Cleveland Park accessible to a broader spectrum of DC residents and encourage environmentally sound transportation options.

Megan Draheim – Cities are dynamic by their very nature, and trying to keep them static is a losing battle. Moreover, if you insist on trying to keep a city from changing you’ll end up with something worse than it could have been with a little bit of planning. I think we’re at an important point in DC history — we’ve seen the city grow over the last few decades and become a very desirable place for people to move to and spend time in. And all of that is great; it’s been amazing to see the changes we’ve gone through since I moved here in the 1990’s. At the same time, there have been a lot of unintended consequences that have gone along with this growth, such as the displacement of some residents as housing costs skyrocketed. A city has to be more than office buildings, restaurants, and residences of the very wealthy, and I think we’re at the point now where we have to decide if we want a truly inclusive city, one where residents from all walks of life can take part in what the city has to offer — or one where only the wealthy can live.

A bit about me: I’m a conservation biologist by training and focus on urban biodiversity, so I think about cities — how they work, and how they don’t work — a lot. (Towards that end, I’ve recently launched a new conservation initiative, the District Coyote Project, working with government and nonprofit partners.) I’m from Chicago originally, but have been here since 1995 with a few stops in New York City and Baltimore along the way. My husband and I have lived in Cleveland Park for about 15 years now (recently joined by a baby girl!), and although we very much enjoy living here I think Cleveland Park can be so much more than it is already. Like most of us, I don’t have much free time, but this is something I’d like to work on. Over the last few months I’ve been moving in this direction more and more, from speaking with one of the Greater-Greater-Washington crew about how to increase resident engagement around smart growth issues, to meeting with the CPCA board members who’ve been tasked with looking into adopting “remote voting” (which I like to think of as inclusive voting).

I believe we can do a lot to make our little corner of the city a better place, and I think I have good ideas about how to help do that – how to build a more inclusive neighborhood and from there a more inclusive city.

Ellen Herr – I live on Connecticut Ave across from the Zoo .  I think Cleveland Park needs higher density and more housing and retail options near the metro in order stay viable as a real community and bring more residents to the neighborhood so that businesses have a stable base and can thrive.  Over the next year, I would like CP Smart Growth to focus on rezoning the commercial district for higher density so that the true potential of this transit-connected area can be realized.

Josh Ratner – In addition to the overarching goal of increasing density and up-zoning our commercial corridor, I would like to see CP Smart Growth focus on making Cleveland Park more vibrant today. Developing strong relationships with businesses and other stakeholders should be an important part of that process as it helps create a more unified coalition of diverse interests for when we advocate for up-zoning.

About me: I live at 3801 Connecticut Avenue with my high school sweetheart Alessia and our puppy Dougal. We are originally from Long Island, NY; but we fell in love with DC and decided to move here after we graduated from college. I work at Active Minds, a national mental health nonprofit, as the Program Manager for their suicide prevention program. While a student leader at the University of Maryland, I caught the smart growth bug and spent most of my undergrad working on transit-oriented development policy in College Park. Before moving to Cleveland Park, I worked as a political consultant and organizer for state and federal elections in NYC and Long Island.

Nina Shiffrin – I live at 3883 Connecticut Ave—one of the only new additions to Cleveland Park in the past 15 years.  I love being able to walk to great restaurants, hang out in the back patio of Firehook, view movies at the Uptown and easily access the post office.  As development in the city expands east and south I hope to find ways to keep our neighborhood an attractive place to live and visit.  I am interesting in serving on the Cleveland Park Smart Growth Steering Committee to help grow our lovely neighborhood.

Glenn Stanley – I have been living in Cleveland Park for about 1.5 years and am interested in the long-term health and growth of the neighborhood. I have always been interested in issues pertaining to sustainable cities, urban planning, and community development and been seeking ways to get more involved in the community and to learn more about local policymaking.

I am from Ohio originally, but have been living in DC for just over 7 years. I currently work for the federal government (Department of State) and have an MBA from Georgetown. I live at 34th and Porter with my wife and our goldendoodle, Piper.

Bob Ward – I live on Macomb Street near the library.  I see the future success of Cleveland Park linked to increased density which will boost the viability of our commercial corridor, provide a more diverse array of housing options, and support our transit system with new riders.  Over the next year, I would like CP Smart Growth to build our knowledge-base and our capacity to take on future challenges such as up-zoning the Cleveland Park commercial area.

Laura Watson – I live in the Quebec House apartment complex on Quebec Street.  My interest in bringing Smart Growth to Cleveland park is really tied to placemaking through mixed used development and diverse housing typologies.  Our neighborhood has some wonderful features but unless we prepare for the future by making sure our zoning allows for growth and economic accessibility for new families, some of what makes the neighborhood great may start to vanish.  Over the next year, I would like CP Smart Growth to focus on educating residents on the benefits of up-zoning and greater density.  And we should continue making noise and letting the Office of Planning know that there are many Cleveland Parkers who are ready and excited for growth.